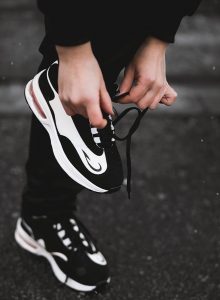 To start in a “back-to-front” sort of way, I’m feeling fine. I can walk. I can bend down to tie up my shoelaces. From time to time, I even smile. Little things, admittedly. But when you’ve had month after month of searing, depressing, debilitating back pain, to be able to do just those little things is a big deal. A very big deal.

To some, back pain is a subject to make fun of – in the same way as, say, having “the runs” is. It’s a dead cert, however, that no-one who has been stricken by the crippling, demoralising and just plain agonising rigours of sciatica will ever make a joke of it. It dominates your life. When the attack is in full swing you can’t even think of much else, let alone do anything. And as for actually enjoying life, well you can forget all about that. And when the attack subsides the relief is tempered by the dread of a return visit from the “Back Stabber” – that damned gremlin who tweaks that sciatic nerve with such vicious intent and devastating results.

Previous treatments took a “softly, softly” approach – gentle massages carried out by caring, well-intentioned people whom I simply could not criticise. However, although it was all very pleasant, the gremlin was never banished for any length of time. Along comes Nic Aldous. Hardly the “softly, softly” approach, just a straight-talking, business-like assessment and three treatments that were, in all honesty, quite a pummelling.

The technicalities of the power-assisted micro-manipulation machine* Nic used were beyond me. I didn’t really care how it worked anyway – I just wanted it to work, full stop. I was aware of pistons clanking and fairly intense pressure up and down my spine giving a curious sensation that hovered mysteriously between pain and pleasure. A few manipulations administered by Nic himself, after that little lot, seemed like a breeze.

Now I have to say I was not and am not expecting a miracle cure. I am fully expecting the sciatica to return at some stage – that seems to be the nature of the beast. What I am hoping for is longer trouble-free spells and, when the dreaded agony returns, I want – no, make that, for the sake of my sanity, need – it to be for shorter periods. That being said, the results of Nic’s treatment, which was stepped up in intensity over my three visits, were instant.

After the first session I confess to a little soreness where the machine had tracked up and down my back, but I felt much taller, with my spine feeling as though it had been lengthened. Still a little stiff, yes, but the pain subsided to manageable levels over the next few days. After the second visit the pain had virtually vanished and, although my back still felt stiff, I strongly suspected that progress was certainly being made.

After the third visit, well life returned to normal. Something we all tend to take for granted. Just feeling normal. I’m not saying I am totally cured. I’m not going to resume the marathon running I so enjoyed in my athletic prime. But the beast is at bay. I might go out for a brisk walk or even a little jog. A few weeks ago such exertions were nowhere near the agenda. Now they are a reality. So it’s back to the future, if you’ll pardon the pun – and the future looks far better now.

*PAM – Power Assisted Micro-Manipulation has been replaced by THERAFLEX, which works in exactly the same way

Dealing with acute or the sudden onset of back pain

Sciatica and back pain